In three days I will be at the Vandenberg Air Force Base in Southern California to watch NASA launch the Orbiting Carbon Observatory satellite!!!! 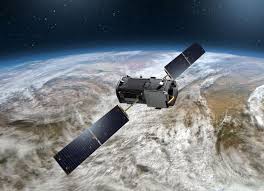 I was chosen as one of seventy social media users (and one of only two children’s authors) to attend the event and to blog, tweet, post photos, etc., about it. The other children’s author is Robin Dobson, who writes non-fiction. We’ll be meeting with scientists and NASA officials and getting a grand tour of the facilities on Monday, June 30. Then BLAST OFF! on July 1 at 2:56 a.m.!!!

Here’s what the Delta II rocket launcher looks like:

The mission of the OCO-2 is “watching the planet breathe,” from space. Carbon dioxide (CO2), as everyone knows, traps gases in our atmosphere and prevents the earth from breathing properly, which deprives our plants, and ultimately ourselves, of vital nutrients. The OCO-2 will be able to tell us where the earth is breathing, and where its suffocating.

It’s like I learned in yoga — breath is all you have.

I welcome questions from my readers — if there’s anything you’d like me to ask the scientists and NASA officials, please send it as a comment below!

Stay tuned for posts/tweets from the Vandenberg Air Force Base! I’m SOOOO EXCITED!!!!!