Kirkland, WA — Today I had one of the most amazing school visits ever. And it had nothing to do with me.

First, there was the beautiful building, as I’ve now come to expect in Google/Microsoft/Nintendo country: 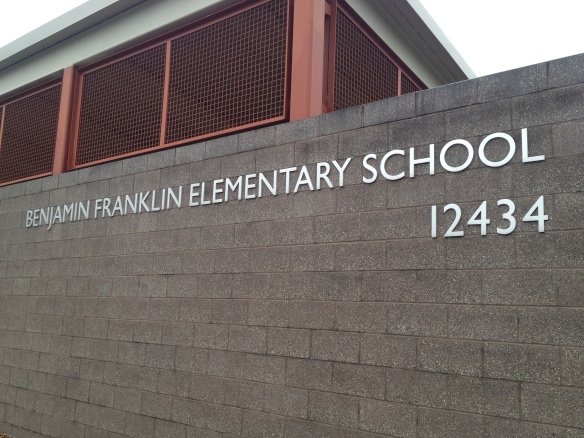 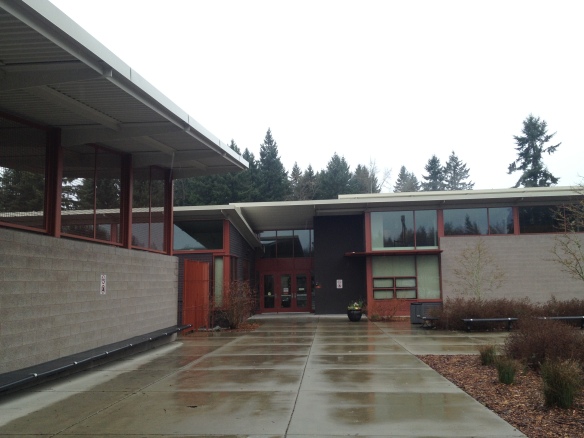 And the warm welcome at the door: 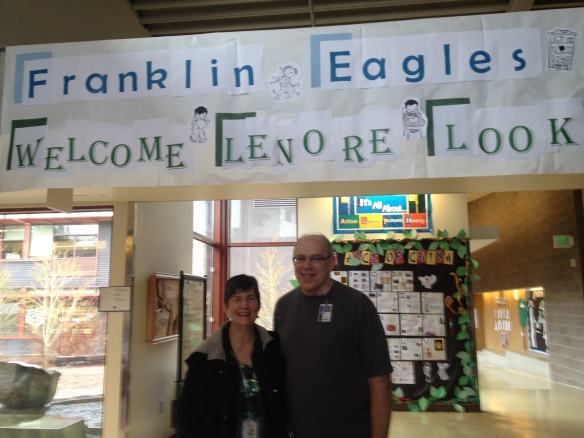 Pictured above is my wonderful host, Barbara McElfish, the librarian at Ben Franklin Elementary, and Ernie, the custodian, who had put up the welcome sign. Isn’t it fabulous?!!!

Students had posted things you should know about China to tie in with my books: 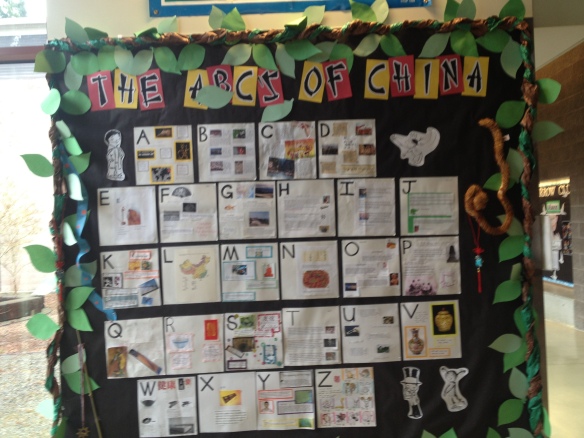 And there were beautiful decorations in the library: 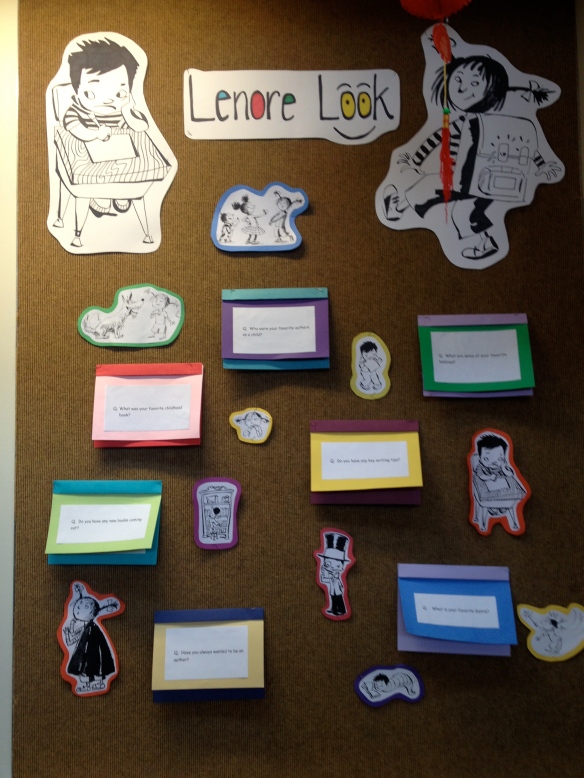 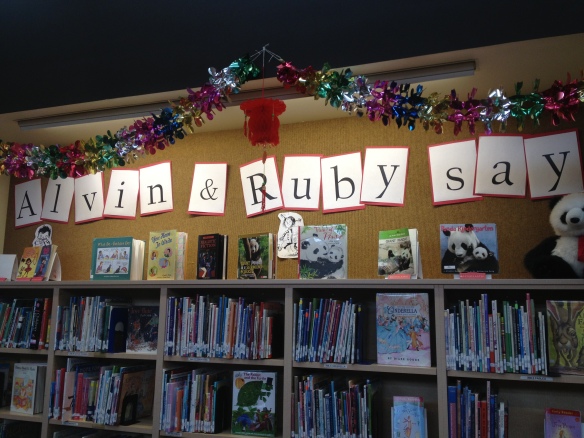 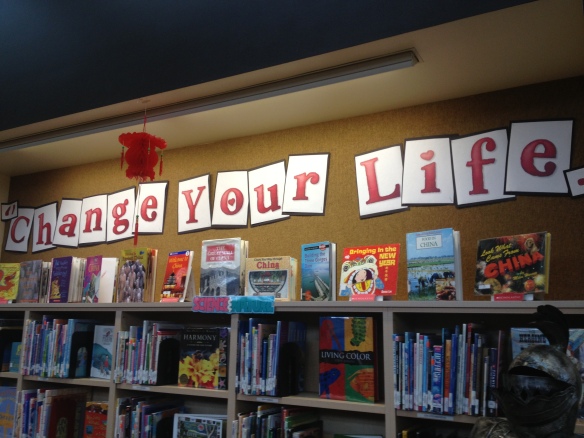 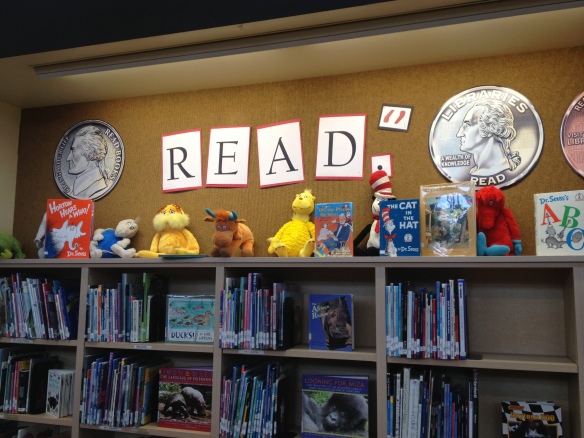 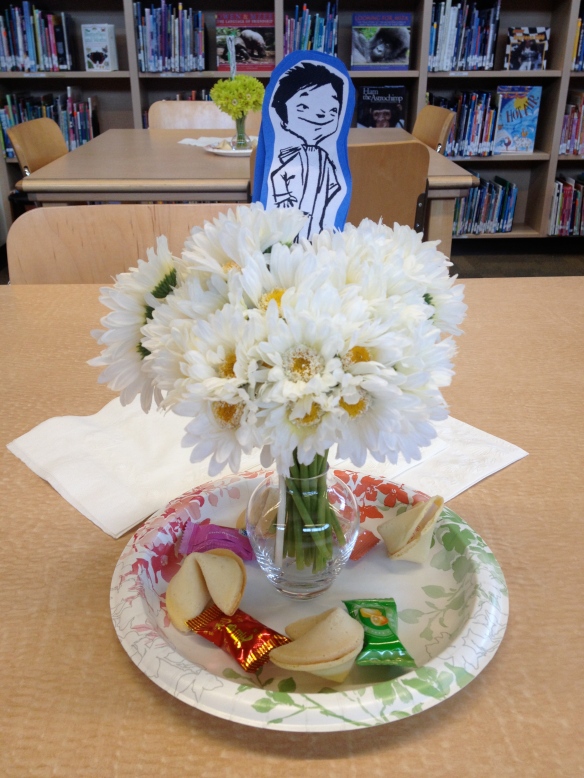 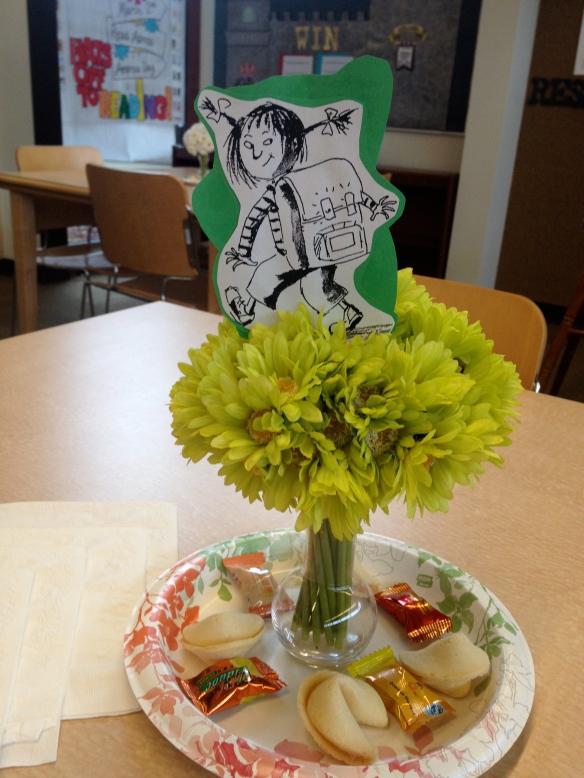 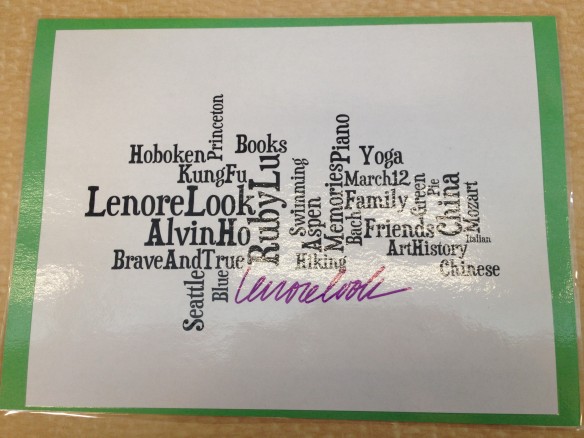 And there was a scrumptious breakfast: 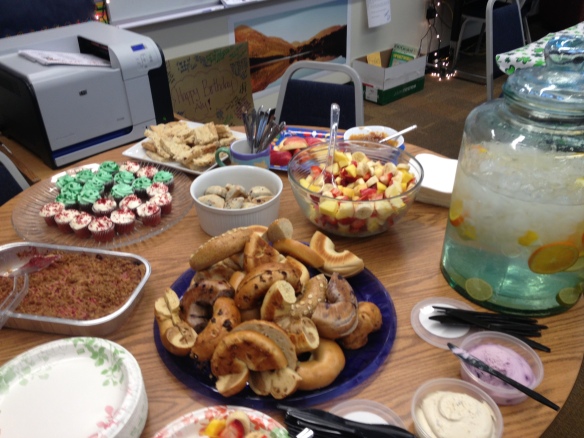 Thank you, teachers and staff! Everything was very yummy! I went back for seconds after my first presentation 🙂 !!!

Here second-graders were ready to take notes during my morning presentation: 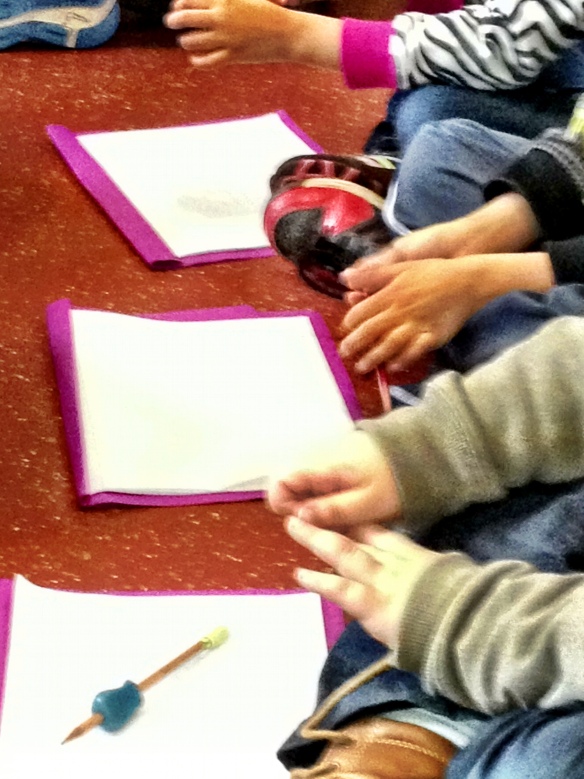 I normally don’t talk about keeping the writer’s notebook with the K-2 students, but this group was ready! Wow! So I gave it to ’em. 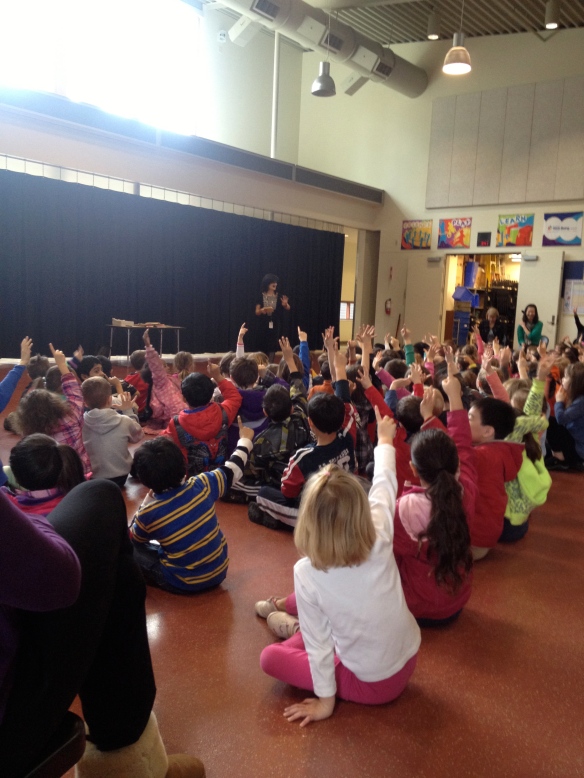 After that, I signed books for them: 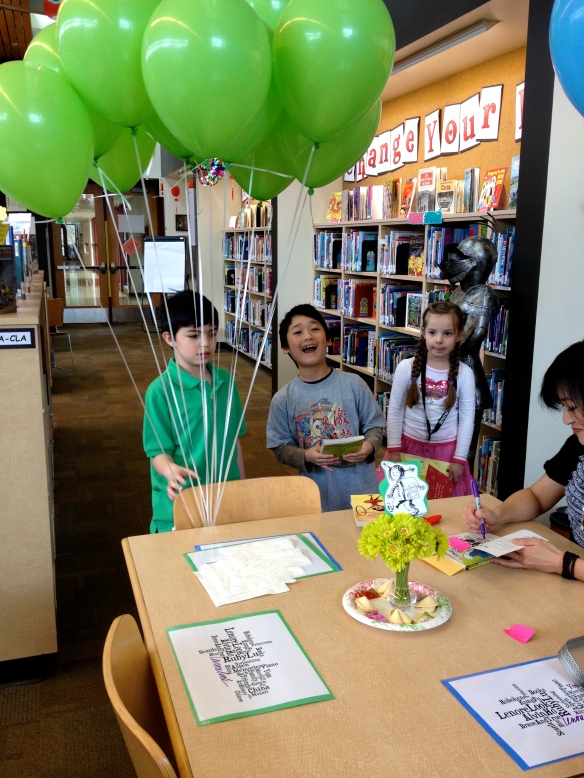 Then it was time to have lunch with the young readers who had put together the ABCs of China bulletin board. We ate pizza and salad: 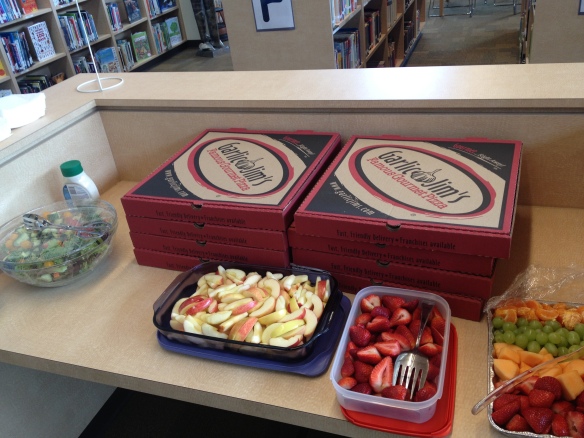 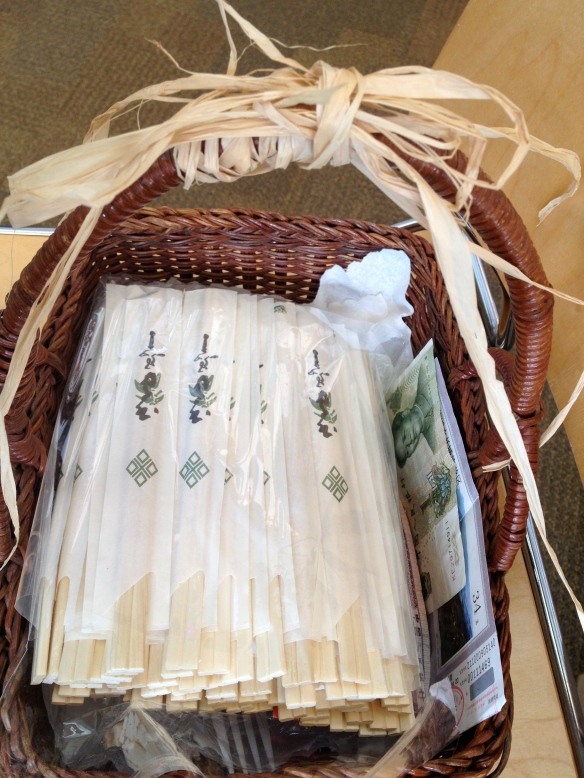 All the tables were beautifully set for four, but we managed to get nine of us at one. And Ryan, a second-grader, who was also a marvelous magician, entertained us with magic tricks in honor of Ruby Lu, Brave and True. He had us all in his thrall: 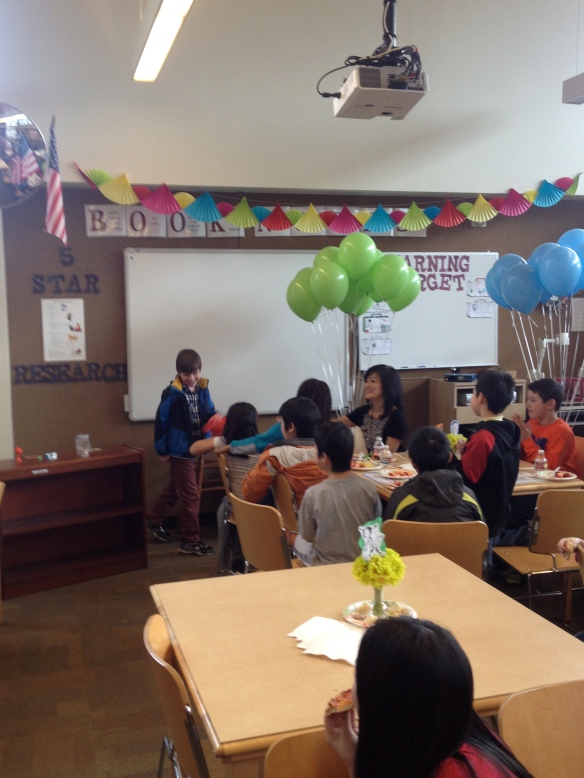 In fact, his tricks were so good, that he was asked to repeat two of them.

And it was! It disappeared and reappeared, just like that. It was fantastic!

Then he did the three kings trick again.  Three ace cards become three king cards, just like that.

“We still love you, Ryan,” Jerome shouted without missing a beat.

“Yeah, we still love your tricks,” said Brandon, Jerome’s older brother, who was sitting next to him.

Then many shouts of “Yeah, we still love you, Ryan,” surrounded Ryan and filled the library.

I have never in my life heard so many children heal another child like that, on the spot.

It was truly amazing.

I wanted to cry.

I was wearing mascara and had another presentation to give and a writers workshop after that.

But when I began speaking to the young readers in the next presentation, I knew that there was nothing I could tell them that was more important than the words spoken at lunch. So I told them what had happened and how I had already jotted it down in my writers notebook.

It’s important to keep your writers notebook with you at all times, I said, because you never know when an idea will come rushing at you. You never know when something will happen right in front of you that you could use for a writing assignment or a book. And if you wait until you get home to write it down, it’ll be gone, forever.

What I didn’t tell them was, sometimes, something will happen that you will never forget. You see it over and over. You hear it again and again. It stays with you forever. It changes you.

You don’t need to write it down.

Then you should tell everyone you know so that they can write it too — on their hearts — and be changed.

Thank you, Ryan, for being an absolutely marvelous magician.

Thank you, Jerome and Brandon.

Thank you all of you whose voices I still hear. 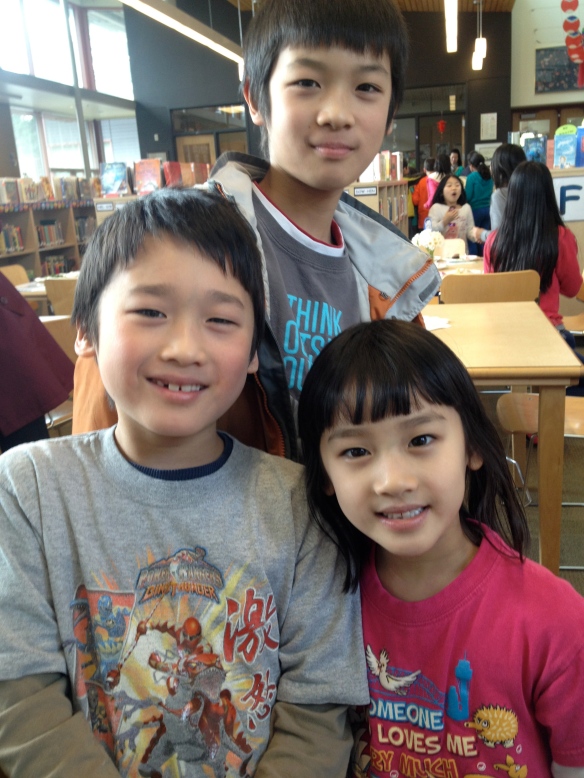 They could be Alvin, Calvin and Anibelly!