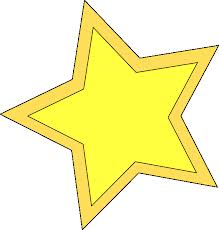 I feel guilty putting up good news on a bad news day. I got the news of my THIRD star for BRUSH OF THE GODS just seconds before a friend told me about the bombs going off at the Boston Marathon. My heart goes out to all those affected by the violence.

Here’s the starred review from School Library Journal, as sent by my publisher:

The following title has received its THIRD STARRED REVIEW in the
May 2013 issue of School Library Journal (circ: 30,000):
«BRUSH OF THE GODS
«LOOK, Lenore. Paintbrush of the Gods. illus. by Meilo So. 40p. Random/Schwartz & Wade. June 2013. Tr $17.99. ISBN 978-0-375-87001-9. LC 2012006442.
K-Gr 3–Young Wu Daozi tries to please his calligraphy teacher, but his brush drips out squiggles and twists and dots, his lines turn into trees, his hooks catch fish, and “his dots burst into eyes, then pigs, and monkeys.” Wu Daozi paints on walls in temples and teahouses, and even the great wall surrounding the city. His work becomes known and admired throughout China. One day he paints a butterfly so beautiful and delicate that it appears to be real. When the wind blows, the wing moves, just a little, and the butterfly suddenly flits off. Soon everything he creates either flutters, gallops, or rolls away. No one believes that his paintings come to life, except the children. Then one day, the emperor asks Daozi if he would create a masterpiece on a wall of the palace. Stunning ink, watercolor, and pencil artwork brings to life ancient China and the beautiful children who remained faithful to Daozi. Highly detailed and vibrantly colored, the illustrations render Daozi’s paintings with brilliance. Children will appreciate the imaginative aspect of the text as well as the inspiring story of a boy who follows his dreams. Inviting and appealing, this title serves as a great addition to a unit on ancient China or Chinese Art.–Carol Connor, Cincinnati Public Schools, OH